About Me Monday: My Lost Year

Today I am starting a three part "about me" series of blog posts.  No, I am not that interesting of a person, but I have been contemplating sharing these stories about my life with you with the hope they will speak to some of you in some way.  Not one to share a lot of personal stuff on my blog, it was a difficult decision to write about myself in such a personal manner.  But, here I am at the keyboard and I am ready to go (sort of).

All of my stories sort of link together, so I will begin at the beginning.  For a good part of 2013 and 2014,  I was very sick.  Like down and out, I think I am going to die sick.  I was awoken one night by a terrible pain in my side that had me doubled over in agony and sick to my stomach.  My first inclination was it must be a nasty bout of stomach flu. 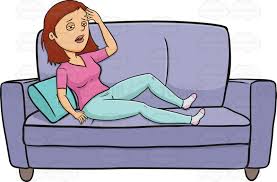 But the pain didn't go away.  I went to my general physician who sent me to have a CT scan and some other tests to see what was up, as he determined it was not a virus.  The tests showed some gallstones, but I was assured they were not the type of stones that would be causing me any pain and that my gallbladder was just fine.  But the pain continued. My doctor suggested I might have liver cancer or pancreatic cancer and that some of my blood tests indicated that as a possibility.  He said I should make sure all my personal affairs were in order.

I was then sent to a GI specialist to have an endoscopy.  He found that I had severe acid reflux (although I had never experienced any heartburn) and I would need to have a repeat endoscopy once my acid reflux was under control with medication.  The second endoscopy didn't show anything remarkable, so the GI specialist sent me to another specialist.  Are you with me here?  The list of specialists and doctor's is getting longer.

This specialist determined that I did indeed need my gallbladder out and it would be the answer to all of my problems.  In the back of my mind, I just didn't feel it was my gallbladder, but I'm no doctor and out it came.

Sadly, I didn't feel any better after the surgery. I won't bore you with a play by play of what transpired, but let me share with you what happened after my surgery. My gallbladder surgeon told me there was nothing further he could do and suggested I go to a pain clinic because I may have nerve damage from the surgery. I chose not to do that and instead decided to see my GP first.

My GP prescribed some pills to see if they would alleviate the pain, however they only made me hallucinate and  did not ease my pain in the least.

I was referred to a new  GI doctor and after reviewing my records and scans, he determined I never needed my gallbladder out.  He also ordered an MRI of my lower abdominal area. This MRI indicated a syrinx on my spine and the doctor was concerned that I would soon be paralyzed if I did not have surgery. He sent me to a neuro surgeon who questioned why on earth I was sent to him as the syrinx was so minuscule and was most likely something I was born with and would never cause me harm. He also said there was nothing he could do for my pain and did not have any ideas of what direction I should go to seek help.

I returned to my GP and by this time I had developed a tremor in my right hand. He sent me to another neuro surgeon who ordered an MRI of my brain - where I was told once again I needed to have my personal affairs in order because it didn't look good. Gratefully, the brain MRI results showed nothing - actually this was the funniest thing of this whole process, they found nothing in my brain, lol! When asked what to do next, the doctor did not know and he sent me on my way with more questions than answers. All of these cancer and gloom & doom scares were starting to take their toll on me. 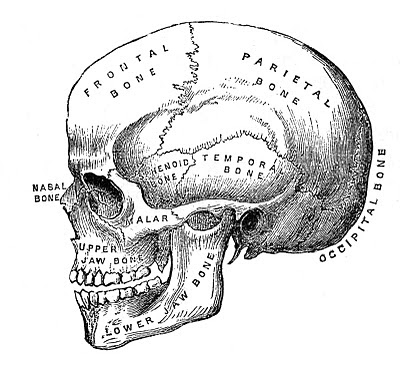 I returned to my GP who ordered a colonoscopy because he didn't know what else to do. Gratefully again, the colonoscopy came back negative.The GI who performed the procedure asked me in the recovery  room if I was depressed about my situation and I said, " of course I am, who wouldn't be? I am sick and no one has found out why."  Since he felt there was nothing wrong with me, he prescribed some heavy duty antidepressant medication.  Say what?????  But I was desperate for an answer and obediently took them even though I knew I was not truly depressed.

I again met with my GP to see what my next course of action was. He suggested I might be depressed as well, but decided to  put in an order for a pain management specialist because I just may be a victim of chronic pain

The pain management specialist questioned why I was sent there because none of my symptoms were something she could help me with, but she left me with an important piece of advice: don't stop searching for what's wrong.  She said I knew myself better than anyone and if I felt something was wrong I need to keep looking for someone that would help me. However, she had no idea who that someone might be.

At this point I had taken a leave of absence from my job that I love and was so sick that I would have to lay down after taking a shower or rest after walking downstairs in the morning.  I knew there was something terribly wrong with me, but no one was willing to help me.  At least that's how I felt.

Close to giving up, I decided to find a new GP who put me through a battery of tests and ultimately sent me to a rheumatologist as my last hope. I remember thinking I wasn't going to bother keeping the appointment because I didn't believe a rheumotologist was the answer for me either.  Just another dead end, another $50 specialist co-pay and driving an hour to get to her office seemed daunting with the condition I was in.  But, Mr. Bluebird pushed me and said I had to keep trying. And so I did.

The day I walked in to the rheumatologist's office was life changing.  Although she quickly determined there was nothing she could do to help me, she felt there was another doctor on staff who could - would it be okay if she walked across the hall and told him  about me? Why not? I'd been poked and prodded so many times before, what's one more docotor?  A few minutes later, I was introduced to the rheumatologist's husband,  who happened to be a chiropractor.  He normally didn't work on Tuesdays, but I had just stopped in for a few minutes.  Within 15 minutes of treatment, I walked out of his office almost completely pain free!  After a year and a half f excrutiating pain, minimal sleep and lost work, an answer had been found. For the first time in over a year, I slept six hours straight! It was truly serendipity that I was referred to this particular rheumatologist and this particular chiropractor was in the office and available on a day he normally is not. It turns out my diaphragm had gotten out of alignment and had shifted up into my rib cage causing my intense pain.  It is still a mystery that through all of the abdominal CT scans and MRI's I endured,  none of my doctors were able to determine this.  It is heartbreaking to look back on all that I went through emotionally, physically and financially because of inept doctors who would not or could not help me.  After five appointments with my chiropractor, I have been pain free now for over seven months and have never felt better! It cost me $125 in insurance co-pays to solve my problem as opposed to the $8,000 plus I had spent meeting my deductible and co-pays, needless surgery, dozens of specialist/doctor appointments and tests. 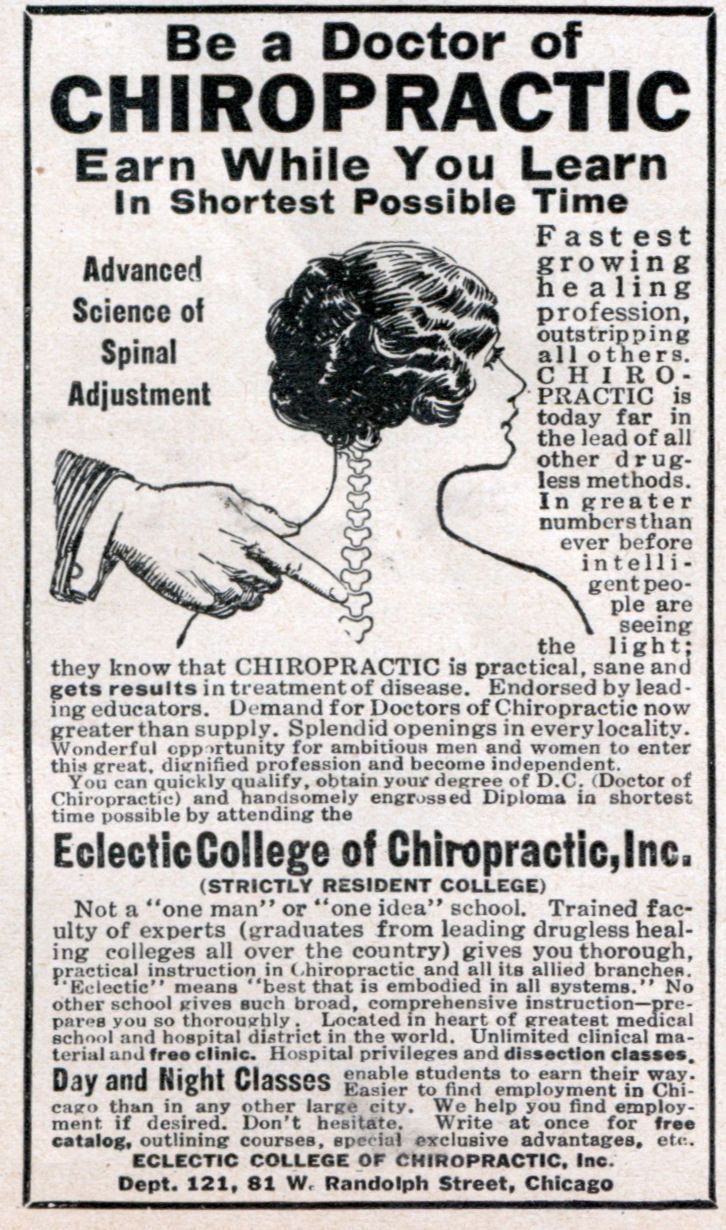 I don't know where I would be today if it weren't for this amazing doctor.  I was at the point of resigning from my job and I had pretty much determined that my life was now going to be spent in terrible pain or worse.  I feel many of the tests and the surgery I went through were done out of greed.  I cannot prove it, but in my heart I really feel many of these people let me down for their financial gain.

I write none of this for pity or praise - I got through it with the help of family and friends and faith in the Lord. It was a scary and frustrating time. Many people have had to endure much more.  But I am hoping my story will empower some of you to stand up to your doctors and advocate for your health.  If you feel you are not being heard or if you question the need for a test or a surgery, please get a second opinion.  If you question the second opinion, get a third!  My long time general physician is the one who let me down the most and had I not sought out a new doctor, I would still be in pain, unable to work or live my life to its fullest.

Lastly, the doctor who helped me is a chiropractor.  Interestingly, it was suggested by my sister in law early in my illness to consult with one.  I shrugged it off because I thought chiropractors were all hocus pocus, smoke and mirrors.  I regret not taking that advice - I lost a year of my life for that way of thinking.  I am a firm believer in chiropractors now! 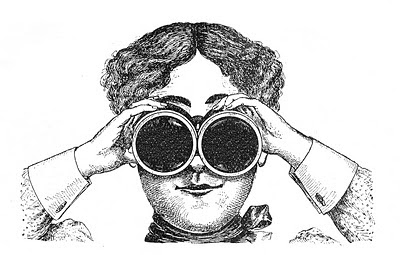 PLEASE ADVOCATE FOR YOUR HEALTHCARE AND DON'T STOP LOOKING FOR ANSWERS!

I am sorry this is such an incredibly long post, but it was an incredibly long journey! I wish I could get my lost year back, but in a positive twist, I feel better than I have in years and my life has changed for the better in so many ways.  My next two  installments of this series are much shorter, so if you are interested please hang with me and join me next Monday.  I will be sharing some major changes I have made in my life since my health scare that have led to amazing things for me.

Thanks for stopping by,
Jane

Linking with:
Metamorphosis Monday
Amaze Me Monday
Inspire Me Tuesday
The Scoop
Wow Us Wednesday
Grace at Home

Welcome to Bluebird 1959! Thanks for stopping by the humble blog of a Wisconsin girl who has a love of all things home.